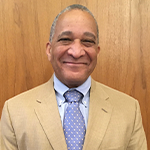 Bruce Harris served as mayor of Chatham Borough, a Silver certified Sustainable Jersey community, from January 2012 through December 2019, as a member of the Borough Council from 2004 until 2011, and also served on the Planning Board, Environmental Commission, and Open Space Committee. In 2017, Bruce received the Mayor Art Ondish Leadership award from Sustainable Jersey. His nomination by Governor Murphy to serve on the New Jersey State Planning Commission was confirmed by the State Senate in January 2020. He is a retired attorney who practiced privately for 20 years and served as General Counsel to the New Jersey Turnpike Authority for 5 1/2 years. Prior to becoming an attorney, Bruce held various managerial positions within the former Bell System companies.