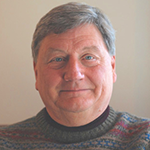 Mark is an economic development policy advisor who became a principal at JGSC Group in 2004. He is a lawyer who, prior to joining the firm, served respective turns as a township and county elected official and as an Assistant State Treasurer in Governor Christie Whitman’s administration. He has managed commercial revitalization projects throughout New Jersey, in all five boroughs of New York City, and in communities in many other parts of the country. He is a Commissioner on the NJ Pinelands Commission, a member of the Board of Trustees of the NJ Highlands Coalition, and an adjunct professor of environmental advocacy at Rowan University’s Glassboro campus. He is a graduate of Rider University and Rutgers University School of Law-Camden.