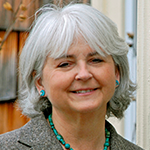 Michele joined New Jersey Conservation Foundation in 1982 and became the Executive Director in 1999. She is an advisor to the Hunterdon Land Trust, on the board of the New Jersey League of Conservation Voters, and President of RethinkEnergyNJ.com. In 1995 Michele was appointed by Governor Whitman to the State Planning Commission and was named Vice Chair in 1998. She has served as Chair of New Jersey State Committee of the Highlands Coalition, Chair of New Jersey’s Freshwater Wetlands Mitigation Council, a member of the New Jersey State Trail Council, and Vice Chair of the New Jersey Highlands Coalition. In 2003, Michele was appointed by Governor McGreevey to the Highlands Task Force. Michele has a B.A. in Biology, Western State College, Gunnison, Colorado.