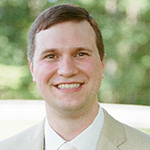 Dan Schuberth was elected to his first term on Township Council in November, 2015, served as President in 2017 and was re-elected to his second, four-year term on November 5, 2019. He served as Chairman of the Economic Development Advisory Committee (EDAC) from 2012 to 2015, where he helped create a vibrant network among Robbinsville’s small business owners and encouraged new businesses to open in town. He also served as the mayor’s representative on the Township Planning Board in 2015 and as the Council representative in 2016. Dan is a graduate of Bowdoin College (B.A.) and the University of Pennsylvania (M.S. and M.P.A.).

Taylor Ham or Pork Roll: Different perspectives on the hot issues in redevelopment